The current guidance states the the two main paths of transmission of Covid-19 are large droplets and via surface contact. The World Health Organisation (WHO) additionally states faecal-oral transmission for the virus. The closing of toilet lids when flushing, the avoidance of dried-out drains on floors and sanitary ware are recommended.

As mentioned, one of the two main transmission routes is via the air that could lead to exposure to the virus.

Someone could become infected by touching a contaminated surface followed by then touching their face. Standing within 2 metres of an infected person could also lead to becoming infected, should the large droplets settle directly on people.

The Covid-19 particle is less than 1 micron and can stay active in indoor air for approximately 3 hours, and up to 3 days on a surface. As the virus can stay active for the 3 hours in the air and travel long distances, it cannot be ruled out that the distance it travels could be extended by the airflows of ventilation systems. To overcome this, the following measures are recommended to control the spread of Covid-19 via air.

The current advice is to increase the supply of outside air as far is practicable. This can be achieved by extending the operation time of the mechanical ventilation systems. Additionally, where there are fewer staff, avoid moving the remainder of the staff to smaller spaces, instead keep them in larger spaces to increase the proportion of fresh air per person.

Exhaust ventilation in WCs should be put into continuous operation, with negative pressure ensured to reduce the faecal-oral transmission route.

Where there are no mechanical ventilation systems, natural ventilation via openable windows is recommended. This will boost fresh air to the space, and should be carried out even if thermal discomfort is experienced by the occupants.

Openable windows in WCs should be closed to prevent contaminated air exiting the WC and reentering the building via a different window. Where there is no other means of exhaust from the WC, the windows should be open, with windows in other rooms at risk of cross contamination closed.

Heat recovery devices that do not prevent cross contamination, such as rotary heat exchangers, should be switched off. This will prevent Covid-19 particles removed by the exhaust system reentering the building through the supply ducts.

Heat recovery devices that guarantee the separation of air, and therefore does not risk airborne transmission from exhaust to supply, can remain in operation.

Much like the recommendation to stop operation of heat recovery devices that do not guarantee air separation, recirculation within ventilation systems should be avoided.

Recirculation applies to both centralised plant, and local plant such as fan coil units. If either type cannot be turned off, they should have a regular cleaning schedule to reduce transmission risk.

BSE 3D now offer thermographic survey services. The knowledge and experience of our engineers has been combined to create the new service on offer to our clients.

Thermographic surveys are non-disruptive to buildings already in use. They use thermal imaging cameras to detect fluctuations in surface temperatures of building services and fabrics.

Our most recent survey was carried out in an electronics production facility in West Sussex. The property contains a warehouse, production facility and associated office accommodation. BSE 3D were employed to carry out a thermographic survey of the low voltage distribution network within the property. The purpose of the survey was to identify any areas of the installation that required further investigation.

The survey found that a number of circuits were running warm, or at their rated limits. The following image taken during the survey shows some circuits running at 66.8 degrees.

The loads connected to the circuits were assessed, redistributed and connected to other circuits, thereby reducing the continuous overheating of the cables. This process was repeated across the property. The report produced by BSE 3D identified all risks and defects surveyed, alongside suitable rectification works.

Had corrective action not been taken, these cables would have continued to overheat. The excess heat generated could have cause arcing, and in turn an electrical fire. The early identification of a potential risk allowed our client to carry out corrective action to mitigate the risk.

Visit our thermographic survey page to learn more about the services we offer.

The COVID-19 pandemic is a source of challenge and uncertainty for all. To ensure the safety of our staff, clients and the wider community, our team are working remotely and will continue to do so for the foreseeable future.

We are constantly reviewing the advice provided by the government and World Health Organisation to ensure our policies and working practices are updated to protect our staff, colleagues, clients and their families.

Utilising the technology we constantly review and invest in, the BSE 3D team have been able to make the change to work from home, whilst still providing continuity in the level of work produced.

Although there is a lot of uncertainty about the pandemic, BSE 3D are open for business. The way we work has changed, but our focus on delivering high quality work for all our clients has not.

We may be working remotely, but we can still be contacted through the usual channels.

In our latest set of 3D renders we wanted to illustrate the scale of services within the built environment.

The first render shows all the services within a large residential development. The development is comprised of 118 dwellings, set over 11 levels that also incorporates a private gym and underground parking.

The second render shows the services for part of the SLDD building. With a combination of energy efficient services, the SLDD building at The Isle of Wight College achieved an Energy Performance Rating of A16. 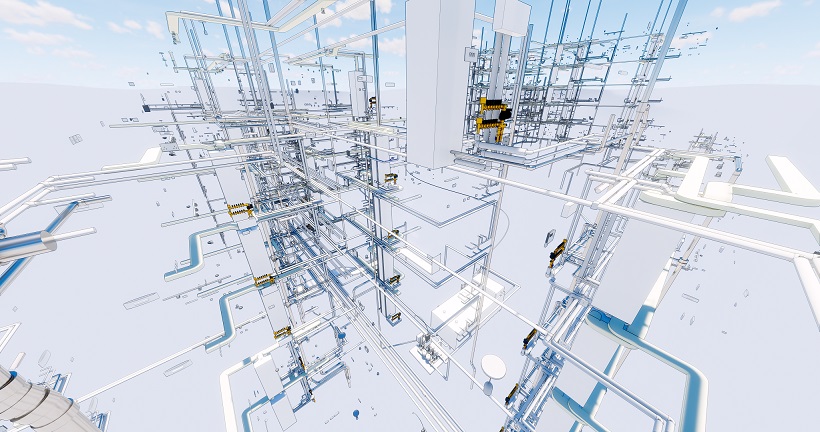 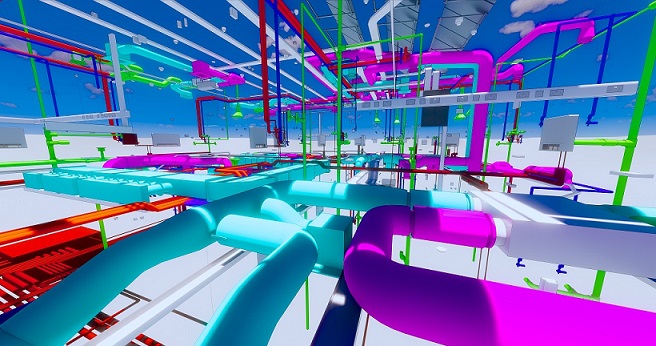 Both our Managing Director Philip Todd, and Apprentice Harriet Morphew, were excited to be attending the annual CIBSE Technical Symposium, now in it’s eighth year.

With a range of speakers, covering topics from lighting design to district energy systems and building performance to data systems, it was an enjoyable and informative event for all that attended.

Highlights include the debate surrounding the aspirations of a circular economy and the presentation by Dr Mike Page about a feasibility study on a low-carbon town and the Cube Project.

BSE 3D were involved with a similar Project Cube, designing domestic systems to help the government develop housing in the most efficient and affordable way. 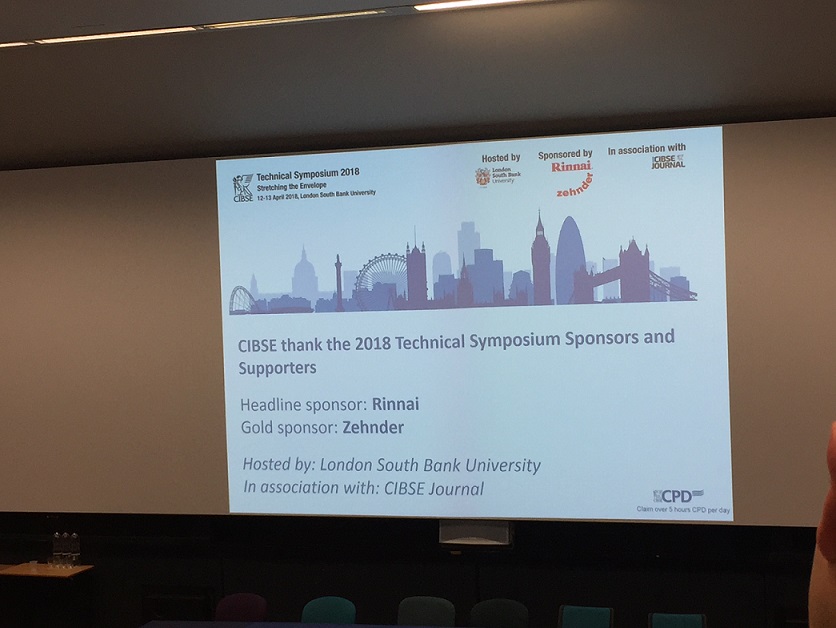